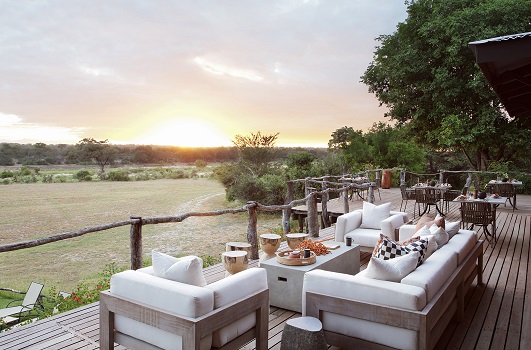 The epitome of all that defines wilderness areas in Africa.

Be charmed by the vast open spaces, biodiversity of wildlife, majestic skies and the tranquillity interspersed with birdsong and sounds of the wild.

Located in the Northern Tuli Game Reserve of Botswana which is situated between the Tuli Safari Area, a national park in Zimbabwe and the Mapungubwe National Park, a World Heritage Site in South Africa. Mashatu shares unfenced borders with both the South African and Zimbabwean national parks in the south and north respectively. This vast area forms part of a cross boundary wildlife conservation area protecting the substantial biodiversity of fauna and flora in this region.

MalaMala Camp is the oldest and most historical private game reserve in South Africa. Located next to the Sabi Sands Game Reserve, it shares a common border with the famed Kruger National Park.

Activities such as photographic safaris, stargazing and day and night game drives in open 4-wheel drive vehicles can be enjoyed.