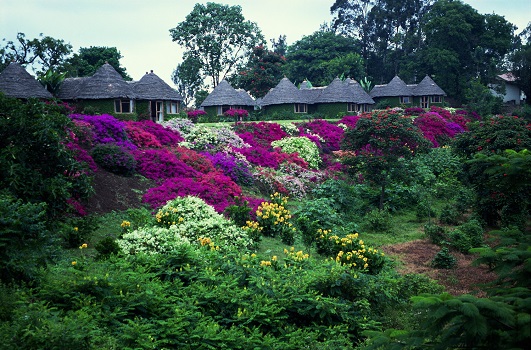 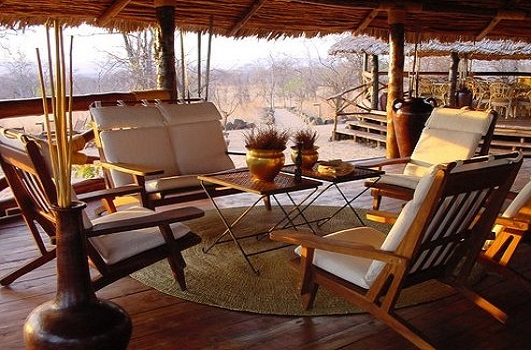 On arrival at Kilimanjaro International Airport, you will be met by your driver/guide and escorted to the charming Lake Duluti Serena, which stands on the shores of Lake Duluti with views of Mount Meru. Dinner at the lodge.

After breakfast, drive to Tarangire National Park in time for lunch at Kikoti Camp. Kikoti, in the Maasai language, means “the place where life began”, and is the name given by the local Maasai to an ancient pre-Jurassic kopje in the Tarangire eco-system, which lies adjacent to the camp. A luxury tented camp, Kikoti echoes the luxury of the traditional safari camps of a bygone era, defined by superior service and campfire hospitality rather than modern conveniences and an anonymous welcome. Kikoti’s proximity to Tarangire National Park also allows the guests to enjoy a wide choice of exploratory game-drives through the classic African savannah and acacia parkland of this undiscovered wilderness.
Moreover, its position in the migratory corridor just outside the park provides a range of activities that are forbidden elsewhere in the game lands of Northern Tanzania. These include; nature walks, foot safaris and extended bush trekking with rangers, all of which offer unique opportunities to revisit nature in her primeval state. Located on a community conservation area, a portion of all accommodation rates goes to the local community, who use it for community-chosen development projects such as schools, water boreholes, roads and dispensaries. After lunch enjoy a game drive in Tarangire before arriving back in camp in time for sundowners and dinner.

Day 3: On Safari in Tarangire

Spend a full day on safari in Tarangire National Park with morning and afternoon game drives. Second only to the Ngorongoro Crater as a dry-season (June/July) sanctuary for vast herds of migratory creatures, the park’s wildlife tend to follow clearly defined seasonal patterns. First to move north-east, often as far as Lake Natron, are the zebras and wildebeests, which begin their trek in October. After them, trek the gazelles, buffaloes, elands, oryxes and hartebeests. Finally, the elephants move out. The Defassa waterbucks, impalas, giraffes, lesser kudus, Kirk’s dik and warthogs, meanwhile, remain resident. The return of the park’s migratory species begins in June and July; firstly with the oryxes and elands, then the elephants; and finally, the zebras and wildebeest. Breakfast, lunch and dinner at the camp.

After breakfast drive to Lake Manyara National Park arriving at Kirurumu Tented Lodge in time for lunch. Kirurumu Tented Lodge is set high on the edge of the Great Rift Valley, enjoying a marvellous, panoramic view eastward over Lake Manyara, the Rift floor and Mt. Losimingori. Lying in a shallow depression at the base of the western wall of the eastern arm of the Rift Valley, Lake Manyara typically shimmers in a lilac and gold heat haze, sometimes streaked pink with thousands of flamingos. Backed by a narrow band of forest, it rises to the dramatically sheer red and brown cliffs of the Mto wa Mbu Escarpment.
Behind Kirurumu, the Ngorongoro Highlands rise in green and fertile splendour and form the gateway to Ngorongoro Crater and, finally, Olduvai Gorge and the Serengeti. After lunch, enjoy an afternoon game drive in the park.

After breakfast, drive to the Ngorongoro Crater Conservation Area and ascend the edge of the crater. On the rim of the crater is the Ngorongoro Serena Safari Lodge, where you will have the afternoon at leisure and dinner. Should you wish, you can take a nature walk in the grounds or on the crater rim. One of Africa’s best-known wildlife arenas and a World Heritage Site, the crater is one of the largest volcanic craters in the world (almost 20 kilometres wide, 610-760 metres deep and covering a total area of 264 square kilometres). An utterly unique biosphere, it harbours grasslands, swamps, forests, saltpans, a fresh water lake and a glorious variety of birdlife, all enclosed within its towering walls. Due to its high concentration of wildlife, close-range viewing opportunities and striking scenery it is also Tanzania’s most visited destination.

After breakfast descend into the crater for a half day tour returning to the lodge for lunch. In the afternoon either take a guided nature walk or enjoy views of the crater from your private stone-built veranda. Dinner at the lodge.

After breakfast, drive to Olduvai Gorge, one of the world’s most important Palaeolithic sites. Arrive in the Serengeti National Park in time for lunch at the Mbuzi Mawe Camp, then enjoy an afternoon’s game drive. Dinner and overnight at the lodge.

Serengeti Park
Covering 14,763 sq km of endlessly rolling savannah plains, the Serengeti is Tanzania’s first-established, largest and most famous park wherein tens of thousands of hoofed animals roam in a constant and unremitting search for the fresh grasslands upon which their survival depends. The million-plus wildebeest are the predominant herbivore and also the main prey of a huge cast of large carnivores, principally lion and hyena. Whilst the annual migration is the Serengeti’s most famous attraction, the Park is also renowned for its lion, many of which have been fitted with radio-transmitter collars so that their movements may be tracked, and additionally for its wealth of cheetah, zebra, giraffe, Thomson’s and Grant’s gazelle, eland, impala, klipspringer, hippo and warthog.

Day 8: On safari in the Serengeti

A full day on safari in the vast and sensational Serengeti. Breakfast, lunch and dinner at the camp.

After breakfast, transfer to the airstrip for your internal flight to Arusha airport. Transfer either to a city hotel or to the Kilimanjaro International Airport.

Please note that, because this is a flying safari, you are allowed a maximum baggage allowance of 15kgs per person (inclusive of hand-luggage). Additional luggage can be left in safe-keeping.
Please bring SOFT bags only.