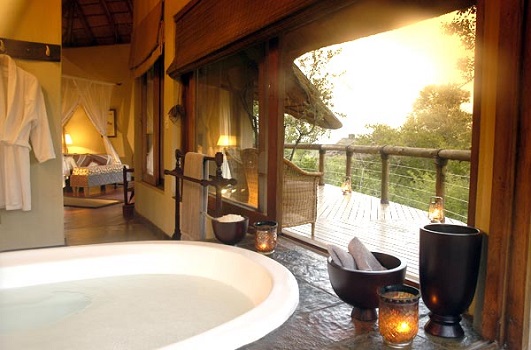 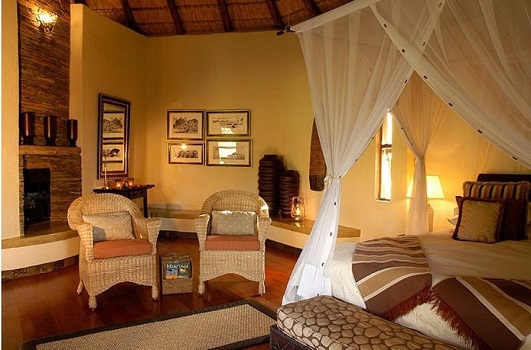 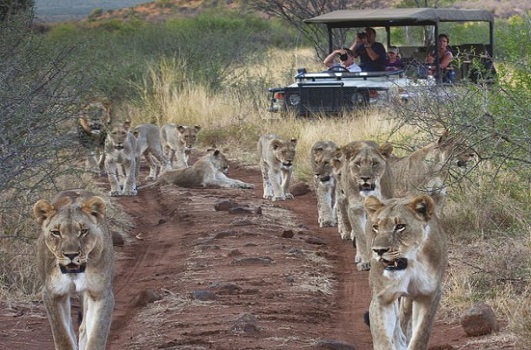 Malaria free Madikwe, offers diverse landscapes and an abundance of animals, a special 5-Star destination for a safari.

Situated in Madikwe Game Reserve provides 5-star accommodation in an exclusive and private setting.
The main lodge consists of a luxurious lounge, dining area and a bar. The quaint infinity pool allows for an amazing view of the waterhole where you can observe the bustling of the wildlife. The way back from the pool leads you to an extensive wooden deck and our boma area.

An intimate and elegant hotel hidden in the peaceful suburb of Morningside in Sandton. The beautiful gardens and sparkling pool provide a surprising escape just a stone’s throw from the Sandton Gautrain station, Sandton Convention Centre, major highways, shopping centres and restaurants.

Johannesburg is the largest city in South Africa, by population and is also known as Jozi or Joburg. There are plenty of historic and attractive sites in Joburg like the Apartheid Museum, Constitution Hill or the Hector Pieterson Museum.
Soweto is considered the biggest township in South Africa. It has been estimated that 40% of Johannesburg’s residents live in Soweto. However, the 2008 Census put its population at 1,3 million. Nelson Mandela lived in Soweto from 1946 until 1961.
The Hector Pieterson Museum, situated in Soweto, commemorate the role of the country’s students in the struggle against apartheid. The commemorative site is just a few blocks from where 12-year-old Hector Pieterson was shot in 1976.