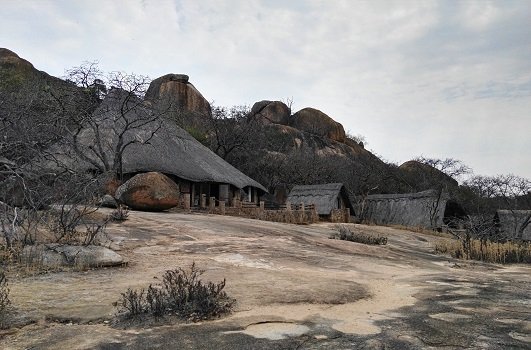 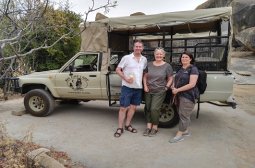 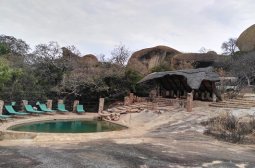 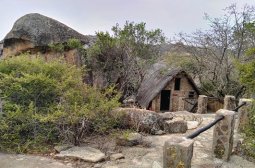 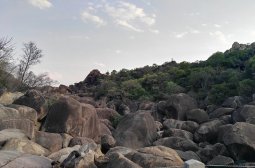 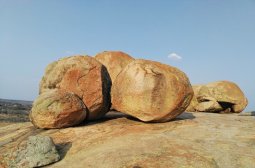 I had the privilege of visiting one of Zimbabawe‘s major tourist attractions Matobo National Park, established in 1953 and awarded World Heritage status. Travelling south, it is less than an hour’s drive from Bulawayo.

Moreover, it’s known for the spectacular Matobo Hills. It is a range of balancing rock formations created by erosion of the granite plateau.

Also, at the Nswatugi Cave there are significant Stone Age rock art, accessible on a guided walk. The park has populations of black eagles and both black and white rhinos and you can arrange a guided rhino tracking experience from any of the lodges.

In addition, here you can visit the grave of Cecil John Rhodes, founder of the former British colony Rhodesia.

I was hosted for a night by Lin Goodwin at the amazing Big Cave Camp, set atop an enormous granite rock in Matobo National Park.

Here one can laze at the natural rock-pool and sundeck, enjoy a drink at the Leopard’s Lair lounge and bar and experience a cave-style boma dinner. The seven thatched A-frame cottages, each with en-suite bathroom and private balcony, resonate African creative flair.

This is truly a very special place and a must do when visiting Zimbabwe tours!