Nature at its best

Limpopo borders Botswana, Zimbabwe and Mozambique and is known for bushveld and wildlife reserves, including part of Kruger National Park. West of the Kruger are the craggy Blouberg Mountains and Makgabeng Plateau with ancient rock art. Near the provincial capital Polokwane, the Arend Dieperink Museum and fossil-rich caves of Makapansgat explore history dating back to early hominids. In a single visit to Mapungubwe National Park visitors can walk through the country’s most significant Iron Age site. 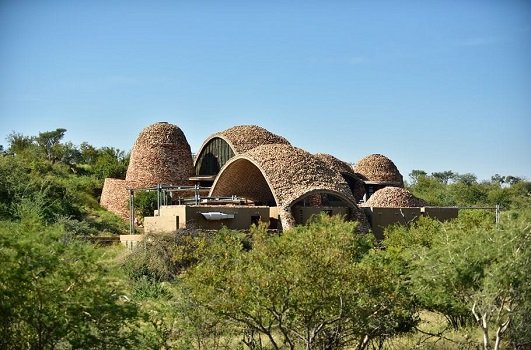 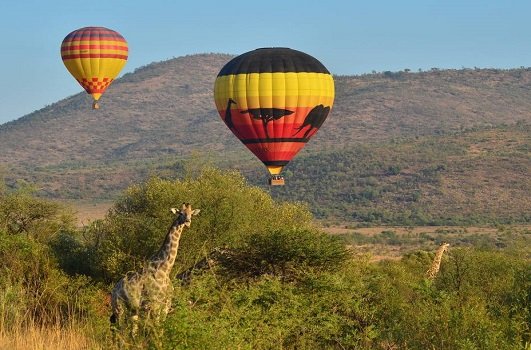 One of the most significant historical landmarks in Southern Africa, located at the confluence of the Shashe and Limpopo Rivers. This UNESCO World Heritage Site is a historical marvel that not only carries cultural significance, but also presents a beautifully scenic travel destination. The name Mapungubwe, derived either from Venda or Shona and refers to the ‘Hill of the Jackal’.

Its home to several of the world’s most threatened large mammals, including the Black Rhino, Wild Dog, Cheetah, Brown Hyena and Elephant, as well as some other beautiful mammal species such as the Eland, Kudu, Blue Wildebeest, Zebra, Bushbuck, Red Hartebeest, Gemsbok, Giraffe and Bush Pig.

Located near Mokopane, is a basin rich in magnificence and biodiversity, the Makapansgat Valley displays some of the most astounding beauty in Limpopo. Not only is it of interest to palaeontologists – numerous caves in the Makapansgat Valley hold fossils that date back 3,3 million years, linking directly to the history at the Cradle of Humankind, when the valley was a tropical paradise – but it also displays an incredible diversity of life. This series of caves together form a National Monument and intentions are that it should soon become a World Heritage Site. Primates in the shape of Baboons and Vervet Monkeys make this their playground, whilst Bush Babies or Galagos come out at night to forage for food.

Situated in Modjadjiskloof, Sunland Big Baobab is famous internationally for being the widest of its species in the world. Africa is symbolised by these magnificent trees and this big Baobab is carbon-dated to be well over 1 700 years old and has even made the front page of the Wall Street Journal.

The unique Modjadji Cycad Reserve is named after the Modjadji (rain-making queens) who have inhabited the area since the 16th century, guarding the ancient Cycads. Close to Modjadjikloof, the 305 hectare reserve features the world’s largest concentration of a single-species Cycad, also known as the ‘Modjadji Palm’. Once the main diet of the prehistoric mammal-like reptiles that lived here, the Modjadji Cycad forms a unique natural forest which can be viewed in its prehistoric state thanks to its strict protection by succeeding generations of Modjadji, the hereditary rulers in the area.

A former gold-mining town, with its trading-post buildings made of corrugated iron and shady roads is a village situated on the edge of the Great Escarpment in the Limpopo Province, en-route to the Kruger National Park.

Farming and tourism are the main economic activities on “The Mountain” as it is fondly called by the locals and is a favoured spot for foodies, cycling, biking and fishing. Sailing and other water sport take place on nearby Ebenezer Dam.

Known as ‘The Land of the Silver Mist’, located at the very north-eastern tip of the Drakensberg Mountain Range, is the kind of place you can come back to time and again.

The indigenous forest is thick and tangled, full of liana’s, fungi, ferns, and spliced by crystal clear streams that flow through rocks pools. It is home to Woodbush State Forest, the largest indigenous forest in Limpopo Province, De Hoek Plantation, Dap Naude Dam and the spectacular Debegeni Falls. These forests host popular birding, hiking and mountain biking routes and The Crying Rock that makes a sound like a gong when you hit it.

This province offers a wealth of local and international cuisine. Try the local Mopane Worms, a staple part of the diet in rural areas and considered a delicacy in the cities and refresh with local traditional Amarula Beer.

Limpopo is the 4×4 adventurer’s paradise, its many obstacle courses guarantee to test the skill of the driver, particularly good in the Waterberg Region.

Limpopo offers a unique destination for any golf enthusiast. From the Legend Golf and Safari Resort to the Zebula Country Club and the Hans Merensky Country Club and Lodge in Phalaborwa, all offering some of the best golf courses in South Africa.

Limpopo, with its magnificent scenery and prolific wildlife, provides endless opportunities for the hiking fraternity. Trails cater for the nature-lover as well as culture vultures and some of the routes travel past old rock-art sites or mythical places such as the Sacred Forest where vhaVenda Royalty is buried.

This beautiful province is most visited and admired for its breath-taking scenery and landscapes, and for its easy access to some of the best wildlife viewing in Southern Africa. It offers many private game reserves and national parks with Big 5 game viewing opportunities.

The Waterberg offers a mosaic of exceptional scenic landscapes, a fascinating cultural heritage, an abundance of wildlife species and many nature-based tourism opportunities. Vaalwater is the central village of the Waterberg area, the heart of the Bushveld region. The Waterberg is more than three million years old and is often described as South Africa’s best keep secret. Its rugged beauty, incredible vistas and diversity in plant and animal life has led to the development of several exciting eco-tourism projects such as the biosphere reserve known as the Waterberg Nature Conservancy.

The 75 mammal species inhabiting the area include big game such as Elephant, Lion, White and Black Rhino, Hippo, Leopard and Buffalo. The African Python and the Nile Crocodile are also resident, and the area is a birdwatcher’s paradise with more than 300 bird species to be found.

The Tzaneen area is a subtropical paradise filled with indigenous and exotic plants. Tzaneen itself lies peacefully at the foot of the Northern Drakensberg Mountains in the heart of a forestry area and in South Africa’s richest sub-tropical fruit-farming region. The valley of Tzaneen yields Valencia oranges and grapefruit, bananas and macadamia nuts are also common crops in the area, with the town producing most of the country’s mangoes, avocados, paw-paws, tea and coffee.

The surrounding mountain slopes are heavily forested with Pine and Blue Gum plantations and close on forty sawmills operate in the area.

Hoedspruit is surrounded by the largest privately-owned conservation area in the world and one of the major agricultural contributors in the country, specialising in Mango and Citrus production.

Situated between the world-famous Kruger National Park and the Blyde River Canyon, it is perfectly positioned to offer a wide range of tourism services, facilities, activities and other creative offerings. Tourism is largely focused around wildlife and safari activities, combined with outdoor adventures. The more recent development of community tourism and the promotion of the Shangaan and Pedi lifestyle’s or the opportunity to support and help impoverished communities, is developing enormously and adding a fantastic variation and well-rounded holiday experience.

Situated along the eastern border of the Kruger National Game Reserve in the Lowveld, known as The Town of Two Summers, due to its extended summer temperatures. Phalaborwa is also known for its Iron and Copper Ore. Here you will find an entrepreneurial crafts training centre which offers woven carpets, pottery, woodcarvings, sheet metal work, screen printed fabrics and more! Crafters can be viewed practising their trade and selling their wares direct to the public.

Limpopo Province offers access to the world-renowned Kruger National Park in its eastern region through the Pafuri, Punda Maria, Phalaborwa and Orpen gates.

The Kruger National Park is one of the biggest National Parks in Africa. It is situated at the North-Eastern tip of South Africa and spans over the Mpumalanga and Limpopo province. The parks surface area spans 19,633 sq km as many of the surrounding private reserves have removed their fences, allowing wildlife to roam freely between reserves which has created a wildlife area like no other. Home to a great number of species including: 147 mammals, 114 reptiles, 507 bird species, 34 amphibians and 336 tree species.

In addition to its wildlife, the Kruger National Park also boasts two important National Heritage Sites. At Thulamela in the Pafuri area, the remains of a late Iron Age settlement believed to have been inhabited from the 15th to the mid-17th century, has been restored and preserved. The Masorini Heritage Site close to the Phalaborwa Gate was inhabited by a group of the BaPhalaborwa people, who made a living by manufacturing and selling iron artefacts during the Iron Age.

Please note: The Kruger is situated in a malaria risk area; therefore, it is advisable to take the necessary precautions.

Sweeping across 13 000 hectares of savannah and riverine forest, Kapama represents a piece of Africa as it used to be. With the mighty Drakensberg Mountains in the distance and iconic Kruger National Park to the east, Kapama has distilled the finest wildlife safari offerings for the enjoyment of guests. As part of the greater Kruger area, vast herds of Buffalo, Elephant and Antelope are resident on Kapama, along with plentiful predators. Game drives and bush walks offer fascinating encounters with wildlife, but Kapama also offers guests unique African wildlife experiences. Guided personal Elephant interactions give guests the opportunity to get up close and personal with the Elephants and to learn more about their behaviour and natural habitat.

Romantic sleep-outs on the reserve and decadent African spa treatments at the Wellness Centre are other enticing offerings that encourage complete relaxation and enjoyment of the evocative surrounding environment.

Situated south-west of the Kruger National Park, with 3 rivers flowing through it. The vegetation of the reserve falls within the savannah biome of Southern Africa, with distinct vegetation zones being represented – mixed Lowveld and Mopane bushveld along with grass savannah, riverine vegetation and rocky outcrops. More than 60 mammal species and abundant birdlife makes for good photography. Sightings of all the cats – Lion, Leopard and Cheetah – as well as Elephant and White Rhino are a regular occurrence. With an unfenced camp, nightly visits from other species, such as Hyena, are also not out of the ordinary.

A 34,850 hectare game reserve in the Waterberg District, of the Limpopo Province. A pleasant 2,5 hour drive or an easy 45 minute flight from Johannesburg into one of the airstrips, makes Welgevonden one of the most accessible premier malaria free wilderness reserves in the country. It forms part of the Waterberg Biosphere Reserve which was officially declared by UNESCO in 2001 and currently covers an area more than 4000 km².
Welgevonden is home to over 50 different mammals, including the Big 5. There are rare and unusual species too, such as Brown Hyena, Pangolin, Aardwolf and Aardvark – all best seen at night. The grassy plains abound with antelope from the largest Eland to the diminutive Duiker, and Cheetah, Lion and Leopard are always close by. It is the diversity of habitat on the reserve that encourages such a wide range of wildlife as well as over 300 bird species, including South Africa’s national bird, the rare Blue Crane.