One of the most culturally diverse countries in the world, with 11 official languages. South Africa practically bowls visitors over with its abundance of natural splendour, exotic wildlife, cosmopolitan flair, and friendly faces. There are hundreds of reasons to visit, savannah safaris, the vineyards of Stellenbosch, dazzling Cape Town, and the stunning Garden Route, to name but a few.

With its strong sense of history, ever-changing scenery and diverse culture, it is the perfect place to enjoy an activity-packed holiday. 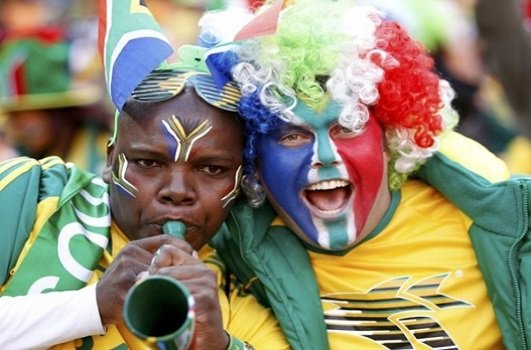 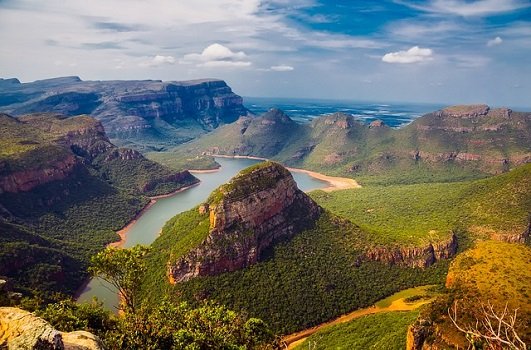 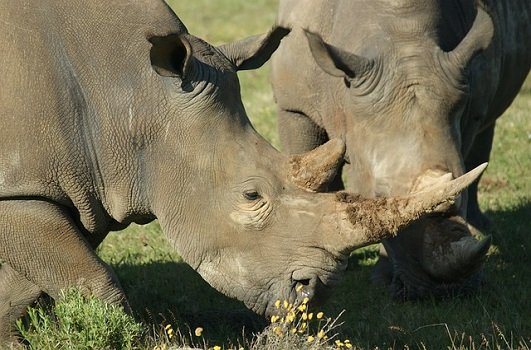 Sunny and hot summer months (November to February). Mild Winters (June to August) with Autumn (March to May) and Spring (September to October) being pleasant seasons for travel.

The Cape has a Mediterranean climate with mild, wet winters and hot, dry, sunny summers.

Gauteng and the northern regions have a subtropical highland climate with plenty of sunshine, with regular thunderstorms in the late afternoons. Winters are sunny with cold nights.

Current is 230 volts, 50Hz. Round, three-pin plugs are standard.

English is widely spoken and is one of the 11 official languages along with Afrikaans, Ndebele, Northern Sotho, Sotho, SiSwati, Tsonga, Tswana, Venda, Xhosa and Zulu.

South Africa’s currency is the Rand (ZAR). Money can be exchanged at banks, bureaux de change and the larger hotels. ATMs are widely available and major international credit cards are widely accepted.

The international access code for South Africa is +27. GSM mobile phone networks serve the country, and there are roaming agreements with most international mobile operators. Mobile service providers offer ‘pay-as-you-go’ SIM cards, which are a good option for visitors staying for some time. Internet cafes are available and Wi-Fi is available at most establishments.

Health regulations in South Africa require that travellers from areas infected by yellow fever must carry a vaccination certificate; otherwise no vaccinations are required. There is a malaria risk in the low-lying areas of the Northern Province and Mpumalanga (including the Kruger National Park), as well as the North-Eastern Kwa-Zulu Natal, and precautions are advised when travelling to these areas, especially between October and May. Vaccinations are recommended for Hepatitis A, Hepatitis B and Typhoid. Tap water is generally safe in urban areas but sterilisation is advisable elsewhere, as there are periodic outbreaks of cholera in the poor communities of rural South Africa, particularly in northern Kwa-Zulu Natal, Mpumalanga, and Limpopo provinces.

Medical facilities in South Africa are good in urban areas, but medical insurance is strongly advised as private hospitals expect cash up front and public hospitals are best avoided. Medication is readily available in urban areas, but those travelling outside of major cities for an extended period should bring a basic supply kit for emergency self-treatment.

Safety may be an issue, so travellers should always be aware of these risks and exercise the necessary precautions.

Travelling with Children to and from South Africa

Numerous game parks are scattered throughout the country. Big 5 viewing opportunities abound in many of the parks and private game reserves.

South Africa boasts many world-class golf courses each in their own unique setting, from fairways in the bush where Zebra roam freely, to the greens of the coast where welcoming breezes blow off the ocean. Tee off in Africa!

South Africa is famous for its wines with most of the vineyards located just outside of Cape Town. There are many vineyards and wineries that you can visit for lunch, enjoy tasting menus, take tours and of course purchase some fabulous wines.

South Africa has some of the world’s finest beaches, from popular Cape Town, Port Elizabeth and Durban, to many that are unspoiled and remote.

Travel back in time to some of the oldest mountains on Earth. See some of our early ancestors at the Cradle of Humankind, the ruins of an ancient African Royal Kingdom, historic battlefields where Boers, Zulus and Brits clashed and died, gold-rush towns and iconic sites of the Freedom Struggle.

South Africa is recognised globally for its major conservation efforts and its protected areas. It is also committed to community and conservation projects, and aims to be as ‘green’ as possible.

Although there are plenty of award-winning five-star establishments and luxury lodges, there are also superb value-for-money budget accommodation, tours and experiences throughout the country.

Experience the natural splendour of Southern Africa at your own pace with a tailor-made self-drive holiday itinerary. Much of the country has a decent road network and boasts diverse topography, climate, culture and wildlife.

South Africa offers a huge variety when it comes to food. Its cuisine has some of the tastiest exotic meats in the world, cooked on a traditional braai (barbeque).

With some of the most spectacular landscapes, amazing wildlife, beautiful people and famous landmarks, South Africa is a haven for any photographer, professional and amateur.

South Africa is so widely diverse that it really does offer something for everyone and you might find it difficult to choose just one location. From the thriving city of Cape Town, to the wild reserves in Kruger, from the hilly landscape of the Cape Winelands, to the exotic, Sun City, with easy links between the cities, we provide a range of luxury South Africa tours.

Situated on the south western tip of Africa, Cape Town and the Western Cape is recognised as one of the most beautiful places on earth. It is also South Africa’s most popular tourist destination, where two oceans meet: the cold Atlantic Ocean in the west, while the warmer Indian Ocean lies on the southern coast. There are cities, quaint fishing villages and small towns, all bringing something special to the Western Cape. It is home to the world’s longest wine route, found along Route 62 as well as The Cape Floral Kingdom, a World Heritage Site, hosting an exciting variety of rare plant species and fynbos. There is nothing quite like it in the entire world!

The stretch of southern coastline between the town of Heidelberg and the Tsitsikamma National Park makes up South Africa’s well-travelled Garden Route. It encompasses a wide variety of attractions from historic sites to scenic vistas, with the spectacular beaches and nature reserves the main highlight. There are ample opportunities to interact with nature, and you may spot Whales, Dolphins, Seals, Baboons, and nearly 300 bird species. There are also great recreational opportunities to enthral active holidaymakers, from bungee jumping and water sports, to hiking trails and canopy tours.

Since gold was first discovered in 1886, Gauteng has been the site of historical events which have shaped South Africa in unprecedented ways. Gauteng is a diverse province, with the migration of different nationalities that has created an eclectic culture that accommodates everyone and without a doubt, the entertainment capital of Africa!

Although Gauteng is a buzzing, business-centred metropolis, it has the beauty of nature all around. Less than an hour’s drive away from Johannesburg, it is possible to view the Big 5. There are also an abundance of parks and botanical gardens scattered throughout the province.

Experience awe-inspiring world heritage sites such as the coastal iSimangaliso (Greater St Lucia) Wetland Park and the mountainous ‘Barrier of Spears’ in Ukhahlamba-Drakensberg Park. Follow in the footsteps of legendary Zulu Kings, timeless Indian leaders like Mahatma Gandhi and icons of democracy. Witness the unforgettable Sardine Run, see Dolphins and Whales and glimmering golden beaches with getaway coves. Enjoy the biggest music, sport and arts festivals in the picture-postcard seaport of Durban. KZN promises many things to do and places to go!

The Eastern Cape’s capital is Bhisho, but its two largest cities are Port Elizabeth and East London. It was formed in 1994 out of the Xhosa homelands of Transkei and Ciskei, together with the eastern portion of the Cape Province. It is a cultural melting pot and birth place of the iconic world leader, Nelson Mandela. It has of the most beautiful stretches of coastline in the world and home to part of the Garden Route National Park. Participate in many adventure activities, spectacular hiking trails and visit a large variety of nature and game reserves.

Mpumalanga, meaning ‘Land of the Rising Sun’, is a province rich in wildlife, culture, pioneer history and natural beauty. Situated in the east of the country, north of KwaZulu-Natal, it borders Swaziland (eSwatini) and Mozambique and encompasses the southern section of the world-renowned Kruger National Park. This Lowveld region is the setting for dozens of private game reserves and luxury lodges, with Nelspruit its capital and gateway to the province, situated 325 km (202 miles) east of Johannesburg. It is particularly visited for the Panorama Route, a scenic meander that takes in spectacular sights along the eastern slopes of the escarpment.

The province was created in 1994 when the Cape Province was split up. Its capital is Kimberley, known for its 19th century diamond mines, like the deep, hand-dug Big Hole. Nearby, the Kimberley Mine Museum is a re-creation of the town in its heyday with displays of jewellery and uncut diamonds. This province includes the Kalahari Gemsbok National Park, part of the Kgalagadi Transfrontier Park, an international park shared with Botswana. The Northern Cape offers visitors nature reserves abound with game and birdlife, unusual vegetation, the magic of spring flowers stretching for miles, delicious home-baked food, friendly people, and much more.

Bordered by several of South Africa’s provinces, the Free State lies in the heart of the country, between the Vaal River in the north and the Orange River in the south. With its rolling hills, wide golden plains, impressive sandstone mountains and almost 340 days of sunshine per year, it is a haven for the outdoor enthusiast. The modern city of Bloemfontein is the economic and cultural centre, also called the City of Roses and the seat of the South African Supreme Court.

Bordering Botswana, Zimbabwe and Mozambique, it’s known for bushveld and wildlife reserves, including part of the Kruger National Park. West of the Kruger are the craggy Blouberg Mountains and Makgabeng Plateau with ancient rock art. Near the provincial capital Polokwane, the Arend Dieperink Museum and fossil-rich caves of Makapansgat explore history dating back to early hominids. It is a land of beautiful and contrasting landscapes, which is typical of Africa, hence it has become a favourite destination for leisure and adventure travellers worldwide.

The North West Province lies in the north of South Africa on the Botswana border, fringed by the Kalahari Desert in the west, Gauteng province to the east and the Free State to the south.

Its landscape is defined by mountains and bushveld scattered with trees and shrubs. Home to Sun City, an upscale resort with hotels, a casino, and a water park as well as the nearby Pilanesberg National Park, with an extinct volcano and more than 7 000 animals, including the Big 5.

North West has so much more to offer, from South Africa’s most popular national park to some of its oldest archaeological sites, and plenty of lesser-known gems in-between. 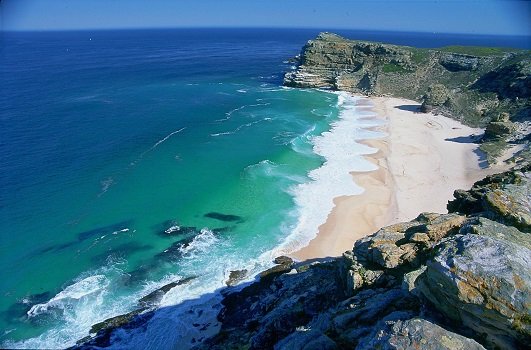 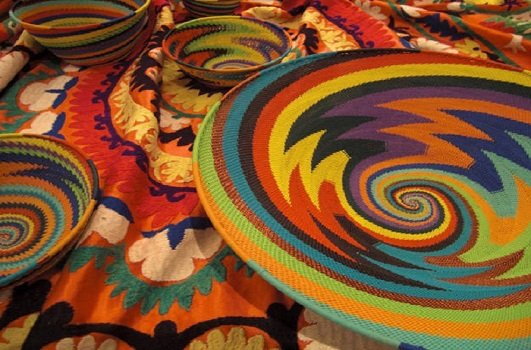 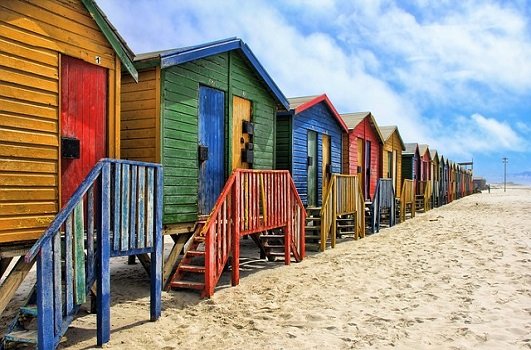 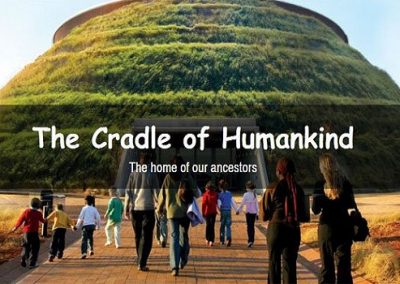 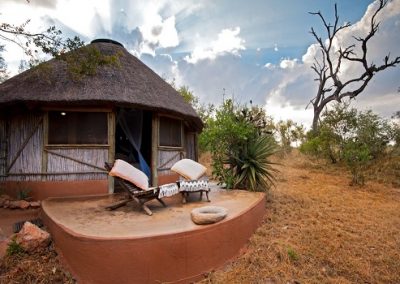 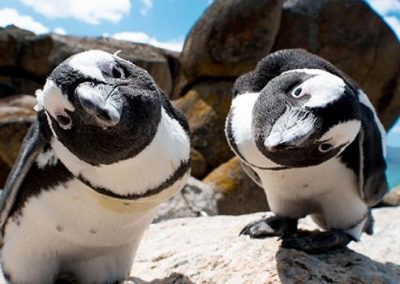 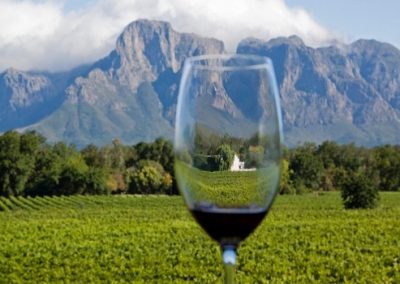 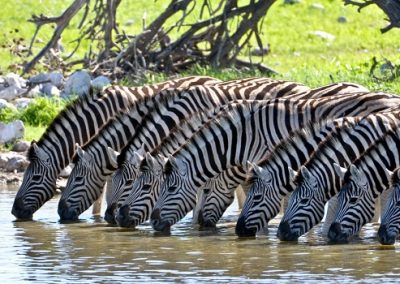 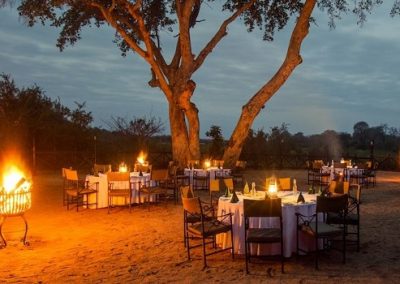 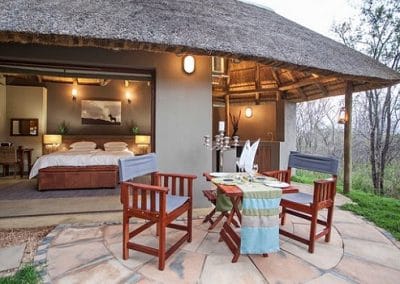 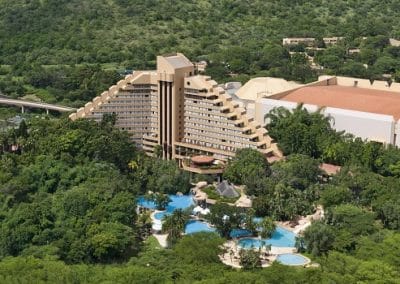 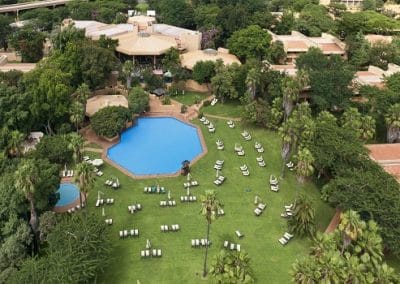 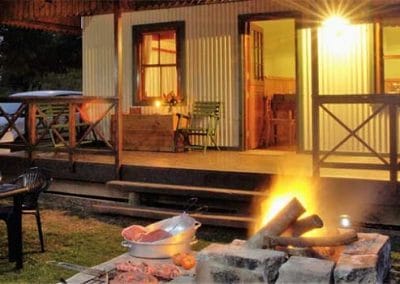 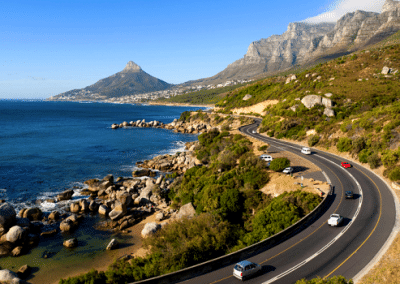 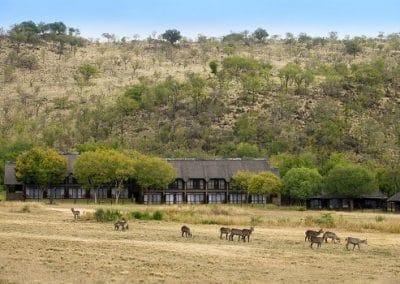